Understanding the Life Cycle of the Jaguar

A Jaguar safari to the lush habitat of the Brazilian Pantanal will take wildlife lovers into prime habitat in which to gain a glimpse into the life and behaviour of this magnificent big cat. While, due to its infamous elusiveness, less is understood about this particular big cat than many others, through the use of innovative technology (like digital camera traps) and painstaking research, scientists and naturalists are discovering more and more pieces to the fascinating puzzle of its life cycle.Birth and Young LifeWhen a female gives birth, her litter of cubs (up to four but usually two) will stay inside the birth den for around six months. Born blind, their eyes don't open for about two weeks, after which time they remain completely dependent on the mother for food and protection. While the cubs subsist solely on milk for three months, the mother will leave the den to go hunting for short periods, but will not allow the cubs to venture outside. Even when they eventually do emerge in their jungle world, the mother remains extremely protective and will defend them aggressively. Cubs remain with the mother for two years learning the skills of hunting, tree climbing, swimming and fighting before striking out on their own. While it is rare to catch sight of a mother and her cubs while on a Jaguar safari, for the lucky ones, it's an experience never to be forgotten.Adult LifeJaguars are renowned for their elusiveness, staking their claim over a large territory covering a variety of habitats, including forests, wetlands and scrub areas. Even when they leave the mother, females often establish a range fairly close by, sometimes even overlapping, while males will venture further to institute their own territory. Male cubs sometimes travel together when they first leave their mothers, but will eventually split up to establish their own range.The big cat lives and hunts on its own, only coming together with the opposite sex to mate. A male's range quite often includes a number of females' smaller home ranges, and it aggressively defends the entire territory from other males. (Because these ranges are so large, a good Jaguar safari will include multiple day and night drive-outs to increase the chances of a sighting.)Sexual MaturityMating begins when sexual maturity is reached; for males this is at about three to four, while for a female it is around two years of age. Estrus, the female's fertile period, occurs at any time of the year and usually lasts for six to 17 days. They alert the males to their fertility by distinctive vocalisations and also by leaving scent marks through their urine. If more than one male is interested in a female a battle will ensue to gain the right to mate with her.Courtship can take some time, but once the act is finished they separate almost immediately. Females will begin to look for a suitable birth den and after a gestational period of about 100 days, they will give birth alone.As an apex predator, the average lifespan of this magnificent big cat is around 12-15 years – among the longest of the felidae family.Understanding a little about the big cat's life cycle can add greatly to the experience of sighting it in the context of its natural habitat on a Jaguar safari. 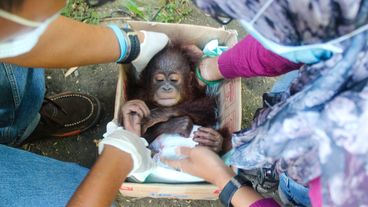 last article： How To Improve The Quality of Life

next article： Large TV Stands Vs. Small Ones - What To Watch Out For