The Distribution of Jaguars in the Wild

Despite being an apex predator and the largest wild cat endemic to the Americas, Panthera onca, the Jaguar, has lost more than 50% of its historic range due to loss and fragmentation of habitat and human encroachment. Its conservation status now stands as 'near threatened.' While without a doubt the safest and most successful way to encounter Panthera onca in the wild is on an organised Jaguar safari to the Brazilian Pantanal, it isn't the only place this beautiful creature can be found. Favoured HabitatComfortable in a diverse variety of habitats, although most often associated with dense rainforests, they are also found in dry scrub, flooded lowlands, swampy grasslands, evergreen forests and mangrove areas. One feature common to their chosen habitat, however, is the presence of water, including rivers, creeks and seasonal waterholes.Populations have been recorded at elevations of up to 3,800 metres in Costa Rica and, interestingly, where they live also affects their physiology. For instance, those that live mainly in dense forested areas are smaller (and darker in colour) than those living in more open areas, while the largest are those living in the Brazilian Pantanal.Current DistributionToday Panthera onca can be found from northern Argentina, up through South and Central America in the Amazon Basin and into the very southern regions of Arizona. Despite extreme fragmentation, scientific and anecdotal evidence shows that there is still a degree of connectivity between its remaining disjointed habitat.Density of PopulationThe density of the extant population varies greatly from country to country. In the lush habitat of the Brazilian Pantanal (the most popular place for a Jaguar safari), there are around 6-7 animals per 100km2. In Belize (which is home to the Cockscomb Basin Wildlife Sanctuary and Jaguar Preserve) there are approximately 7-8 big cats per 100km2. In the Amazon Basin the density falls to around 4-5 per 100km2, and in Bolivia it is lowest at 2-3 per 100km2.Other countries the big cat is found are Argentina, Colombia, Costa Rica, Ecuador, Guatemala, Guyana, Honduras, Mexico, Nicaragua, Panama, Paraguay, Peru, Suriname and Venezuela. While no breeding populations remain in the USA, sightings of lone adult males have been reported in Texas, New Mexico and Arizona.The Future for Panthera oncaConservationists have identified habitat loss as the primary threat to the big cat's survival and efforts are in place to establish agreements with 18 countries within its range to create up to 182 wildlife corridors. These corridors will ensure safe passage for the animal in order to establish new breeding populations and extend the gene pool.Innovative research and data gathering methods, like camera and video camera trapping, are helping to build a clearer picture of this notoriously elusive animal never before afforded to scientists and naturalists.Human conflict is a major concern in the fight to preserve the big cat, so maintaining a peaceful co-existence with local communities, ranchers and large commercial developments is also a top priority for conservationists. Ethical eco-tourism (including Jaguar safari itineraries) and the establishment of collaborative conservation initiatives are helping to raise the profile of the big cat and promote education at both a global and local level. 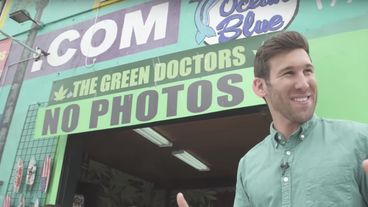 next article： Get More Out of Your Free Time, Organize Your Scrapbook Supplies