Medical professionals all over the world agree that an adult human being requires roughly eight hours of sleep each and every single day.  They say that does not matter whether the individual sleeps during the night or during the day, what is important is that we sleep for the recommended number of hours, within each and every twenty four hour cycle.  Since sleeping is such a very important part of day, it is important that we create structure and a healthy routine that helps us to get the most of our sleep.  This article shall briefly explains why it important to sleep and also explains some useful ways to prepare to sleep. Human beings on the have the largest brains in the animal kingdom.  These large brains are the reason why human beings have been able to build airplanes that allow us to faster and further than any bird has ever attempted.  These brains have also allowed us to build technologies that allow us to communicate with other individual on the other side of the planet at the speed of light.  The important thing however is that we rest our mind so that they can perform efficiently and intelligently.  Other animals in the animal kingdom require less sleep.  For example, giraffes require far less rest.  They sleep for roughly a total of forty-five minutes each day.  Their sleep consists of a series of short naps that last for no longer than five minutes in length.  It is important to sleep because doctors and health professional agree that an individual that has gone for twenty four hours without sleep is comparable to a drunken individual who has consumed a large amount of alcohol.  They are bound to make clumsy and avoidable mistakes.   Sleep plays a sort of housekeeping role in our brains.  Toxins that accumulate during the day when we are awake and active are flushed out as we sleep.  Other hormones that make us feel good like oxytocin and endorphins that get depleted when we are awake and conscious are replenished.  The human brain is mainly composed of the conscious part of the mind and the subconscious part of the mind.  When we are asleep the conscious portion of our mind is completely off and powerless, however, the subconscious part of our mind is a giant that never sleeps.  The subconscious part of our mind continues to organize our memories and form new nerve paths in our brain while reinforcing other nerve paths. It is important to have structure when one is heading to bed.  It is important to form a routine when heading to bed.  It is advisable to write a list of the goals and targets that you would like to accomplish during the next day.  It is also important to prepare for the next day by sorting ones clothes and accessories that will be required in order to successfully go through the following day.  If you do not have a quality mattress then perhaps search for beds and all the accessories that make a bed comfortable.   It is true that it is good for your health to get to bed early. 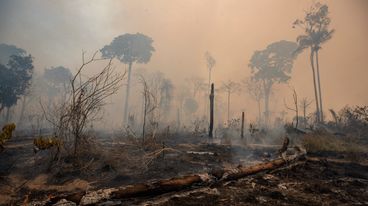