The Best of Croatia's Festivals

As is the tradition in many European countries, Croatia plays host to a busy calendar of festivals throughout the year. No matter what time of year you visit there's likely to be some kind of celebration going on, and I've had the pleasure of attending more than a few.I've been organising holidays to the best Croatia resorts for my clients for many years, and one of the questions I'm often asked is whether there are any festivals during their travel dates. Here are some of my top picks for those considering when to go.Pula Film FestivalFor film buffs, I can highly recommend the Pula Film Festival, which is the country's top cinematic event and has been held every year in July since 1954 (with the exception of 1991, due to the break up of Yugoslavia). Taking place in the glamorous amphitheatre, the Arena of Pula, the very best world cinema is screened, alongside celebrity appearances, concerts and workshops.Days of DiocletianEvery year, in August, the city of Split pays homage to the Emperor Diocletian with a four-day event called Days of Diocletian that turns back the hands of time. Taking place in the beautiful 4th century Diocletian's Palace, the entire city joins in a joyous cacophony of Roman celebrations, with music, theatre, parades, games, Roman feasts, antiquities fairs and the famous Diocletian's Cup tournament.Dubrovnik Summer FestivalThe country's oldest cultural festival, the Dubrovnik Summer Festival, is held over July and August, and 2016 marks its 67th year. Recognised as one of Europe's five 'most distinguished cultural events', it brings together local and international creativity through a diverse programme of theatre, ballet, opera and classical music across a variety of venues. Some of the world's most revered composers, musicians and dancers display their talents against the magical backdrop of Dubrovnik's ancient walls.Dubrovnik Christmas FairIf you're lucky enough to be spending Christmas in one of the nearby Croatia resorts, the Dubrovnik Christmas Fair, held from the first week of December, is a truly magical time. Packed with folk art, local crafts, unique gifts and, of course, mouth-watering food and drinks, the fair is held in the beautiful surrounds of the Sponza Palace.Festival KvarnerThe renowned Festival Kvarner is set against a spectacular backdrop of the Adriatic in Opatija. It presents some of Europe's most esteemed classical orchestras, ensembles and soloists in an acclaimed programme held from September through to early December. Recognised as one of the country's leading musical events, the festival is garnering international respect as its reputation for excellence spreads.Chocolate FestivalTempting you with a very different reason to come to Opatija in December is the annual tradition of the Chocolate Festival – and who in their right mind can say no to chocolate? Every year the city's restaurateurs vie to outdo each other with their innovative chocolate creations in various incarnations of pralines, fruits, beverages, bonbons, cakes and anything else they can imagine. You can take part in the serious business of taste testing in all the local cafes and restaurants at greatly reduced prices for the festival, so if you're looking for an early Christmas present, this could be it!In my experience, the best luxury Croatia resorts book up fairly quickly around the time of some of the more high profile festivals, so it pays to know what's coming up so you can plan accordingly. 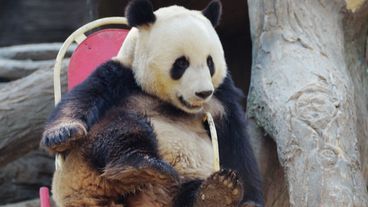 next article： Great Ideas for Birthday Presents for Dad