Scientific Switzerland: A Visit to CERN

Many families wonder, after the age of Disney and rollercoasters, where to take their children that will garner that ‘wow’ look on their faces. Sadly, teenagers and young adults today are fairly difficult to impress.However, there is rarely disappointment when visiting CERN in Geneva. Being ‘impressed’ by this world famous nuclear physics research facility will certainly be an understatement for you and your fellow travellers regardless of their age!What is CERN?CERN’s mention in modern literature and recent movies has elevated the facility to almost legendary status. Established in 1952, CERN was given the task of ‘establishing a world-class fundamental physics research organisation in Europe’. Currently they have 22 member states and it is one of Europe’s first joint ventures.CERN’s focus is on matter - primarily fundamental particles - how they interact, and the forces acting between them. They have based their research on building and studying the behaviour of particles within huge particle accelerators and detectors. These accelerators ‘boost beams of particles to high energies before the beams are made to collide with each other or with stationary targets’.Highlights of CERNThere is no denying that a visit to CERN will provide a truly unique experience. Capturing the imagination of anyone with even a slight interest in science (and even those without one!) is quickly done when you hear about CERN’s greatest accomplishments. To name but a few: CERN, and its scientists, have provided the world with insights into antimatter and its role in the Big Bang theory. CERN scientists also brought us the World Wide Web in 1989. This has revolutionised communication around the world and its effects are resounding.One of the most exciting visual attractions at CERN, that draws curiosity from all over the world, is their Large Hadron Collider. The Large Hadron Collider (LHC) was created in 2008 and remains the world’s largest particle accelerator. Inside the accelerator, which is a 27 kilometres long ring of superconducting magnets, high-energy particle beams travel nearly at the speed of light and then are manipulated into colliding. The particles themselves are tiny so the task is akin to ‘firing two needles 10 kilometres apart with such precision that they meet halfway’.Visiting CERNA tour of CERN should begin at their Globe of Science and Innovation. This symbolic structure is 27 meters high and 40 meters arounds. The landmark is CERN’s ‘outreach tool for its work in the fields of science, particle physics, leading-edge technology and their applications in everyday life’.The “Universe of Particles” exhibition is held on the ground floor and is an excellent starting point for your visit. CERN’s campus, and story, is introduced to the public via tours conducted on foot or bike. Discovering the world’s biggest physics lab and their journey into the mysteries of the Universe is offered free of charge!Tours for small groups are offered, in English, from 11am to 1pm on Mondays and Saturdays, and from 1pm to 3pm on Mondays, Tuesdays, Thursdays and Fridays. It is recommended that you make an online reservation for one of these tours as space is limited.Travel to GenevaFlying to Geneva is both easily arranged and relatively affordable. Direct flights leave daily from most major airports in London. Geneva airport transfers are easy to pre-book prior to your arrival in Switzerland, making the whole travel experience smooth and headache-free. Soon you will be settled in your hotel ready to tackle the beautiful scenery, city highlights and the issues of matter versus antimatter with an exploration of CERN. 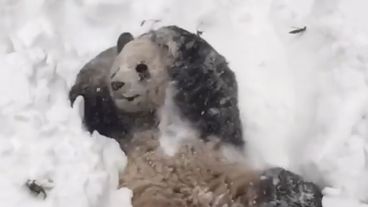