Anyone who wants to do more than just taste the wines of the famous Languedoc region, who really wants to understand the terroir and environment from which they come, should consider a leisurely tour of the region by barge cruise. France, with its vast rolling landscapes given over to agriculture and viticulture, is best understood by those who take the time to travel through it slowly.Nowhere is this truer than in the stunning wine-growing region of Languedoc where a leisurely cruise will take you past rows of vines responsible for some of the country’s most famous wines. The other advantage of a barge cruise, of course, is that it gives you the opportunity to stop off and explore sites of interest, like the historic Château de Perdiguier.Discover the Château’s HistoryYou may well be familiar with the name Domaine de Perdiguier (perhaps on the label of one of its acclaimed cabernet sauvignons or the particularly good cabernet-merlot blend, En Auger). But until you have visited its thirteenth-century château and walked around its vineyards, you cannot fully understand its wines.I would strongly advise taking a morning to explore the château on your next Languedoc barge cruise; France has many impressive chateaux but not many as steeped in local history and viticulture as this.The original house, of which there is still architectural evidence today, was built in 1280 and then acquired by the king, Philip IV, in 1291. It remained a royal property until 1375 when it was given to Jean Perdiguier, the royal treasurer of the region. Unfortunately Perdiguier was killed four years later in the Montpellier Rebellion, when he attempted to collect extortionate taxes from the people of the city. Passed down the female line, it was eventually put up for auction in 1793 when it was bought by the Ferniére family.Wine production is mentioned as part of the estate’s business as far back as 1375, when the king described its vineyards in the letter presenting the estate to Perdiguier.Fascinating ArchitectureThe first thing you’ll notice on your visit is the number of towers and sloping roofs on a variety of levels, all arranged around a central courtyard. Much of the structure you will see today was added in the seventeenth and eighteenth centuries, when the house went through a series of restructuring and rebuilding projects. However the original thirteenth-century house is still discernable, particularly in the north wing.Visiting TodayToday, guests can wonder around the château’s wonderful landscaped gardens, explore its historic interior and taste its wines in a series of tasting events and wine-making workshops. There is also, of course, plenty of opportunity to buy some of the estate’s excellent produce, including wine and honey.Travelling by hotel barge offers more than just an opportunity to find out more about the region’s wine – you’ll find out all about the Languedoc’s fascinating history on a barge cruise. France seen from the water will be a new experience, even for those who think they know the country well. 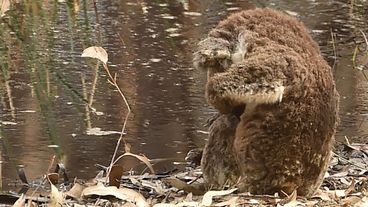 next article： Why Chinese Cuisine is So Popular Worldwide